marking the eighth consistent year of the prêt a porter platform. As announced earlier this 2017, the

continue to advance the pioneering platform towards an international and global standard and standing.

ramps within the same venue in their respective time slots [no coinciding or simultaneous shows], a first in

Pakistan. Indeed, this comes as a deliberate move from the Council to grow fashion week into a more

fashion week diaspora and to therefore show to more selective and dedicated audiences.

Continuing with the structured approach to fashion showcases, the PFDC team builds on their

designers, High-Street brands and Textile houses. Indeed #PSFW17 features some of the season’s most

anticipated designer brands, high-street labels and textile brands with an aim to define and present trends

for 2017, focusing specifically on fashion for the regions&#39; long hot summer months. Day-1 marked the first

day of the prét-a- porter shows featuring a solo show by HSY in Hall A, a grouped show featuring Misha

Lakhani and Saira*Shakira in Hall B, a grouped show featuring the Bank Alfalah Rising Talent Show, a

capsule collection by Kokab Alvi, Zonia Anwaar and Generation by Khadija Rahman in Hall A and a solo

show featuring Sania Studio by Sania Maskatiya in Hall B.

In addition to this, PFDC has also engaged globally seasoned experts from the UK to create a first of its

kind production team comprising of specialists for lighting, sound, choreography and set design with the

London based Mustang Productions, headed by Sadia Siddiqui at the helm as the show producer for

official banking sponsor while also introducing Slice as their official beverage partner, TCS as the official

of Kamiar Rokni as the official spokesperson for the PFDC, Axis Innovations, Eventum, Shadab Sounds

and W production for logistics and operations, Mustang Productions as show 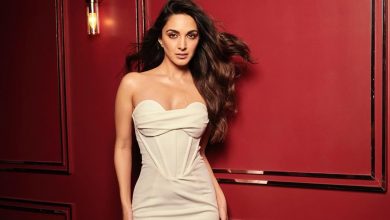 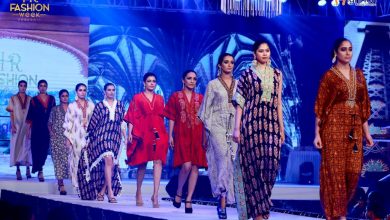