[Lahore: 22nd May 2017]: After the enormous applaud and success of the first 2 Chapters of WAJD, Kamli Da Dhola and Bhit Ja Bhitai, both crossing over a million views on Facebook and staying amongst the top charts on Patari since release; Hadiqa Kiani is now all set to release the third chapter “Aaj Rung Hai” in Braj Bhasha language. Braj Bhasha is a language which gained literary acceptance after the Mughal emperor Akbar accepted it as one of the royal court’s languages and was then used in literature especially to compose poems. This language is mostly written from a woman’s point of view even if a male poet writes it. This is also because the saints were in a mystical state of spirituality and love where they themselves were metaphorically women who were reuniting with their beloved.

The lyrics for “Aaj Rung Hai” were originally written by the renowned Sufi poet Hazrat Amir Khusro, who is considered to be the father of qawwali. His work is spread across various genres of poetry and the most popular ones are around the theme of love; Ishq – e – Haqiqi or Ishq – e – Majazi. Two versions of this chapter have been sung before by Hadiqa Kiani herself, once in Coke Studio and once in Pakistan Idol, both of the previous versions were well appreciated by the listeners. However this version of Rung is a complete different rendition of the previous two and the audience is in for a surprise.

Chapter 3 – Braj Bhasha Chapter – “Aaj Rung Hai” has been recorded in a single-take live studio format and features maestro Ustad Dildar Hussain on the tabla. Ustad Dildar Hussain has played the tabla in all of Nusrat Fateh Ali Khan Sahab’s qawwalis in the last 28 years of his work and has not played much ever since. After declining innumerable requests by several artists, Ustad Dildar Hussain was approached by Hadiqa Kiani and Irfan Kiani for Aaj Rung Hai for which he agreed to play without any hesitation. 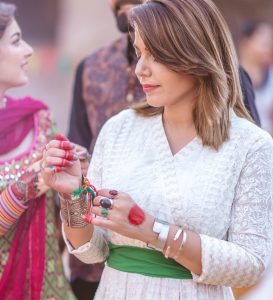 “I am honoured that Ustad Dildar Sahab accepted my request and accompanied me in Chapter 3 of WAJD – “Aaj Rung Hai”. It was a pleasure to record and rehearse with him live.” said Hadiqa Kiani.

“Aaj Rung Hai” features Israr Hussain and Irfan Kiani on the harmonium. This inimitable version of “Aaj Rung Hai” has been musically arranged, recorded, mixed and produced by Irfan Kiani who also selected and finalized the verses for this version.

“This version of “Rung” is special and distinctive because of the duo coming together for the very first time; where we have the melodious voice of Hadiqa Kiani and the legendry Ustad Dildar Hussain on the tabla. His signature style of playing the tabla would definitely remind the listeners of Ustad Nusrat Fateh Ali Khan Sahab’s qawwalis.” said Irfan Kiani. 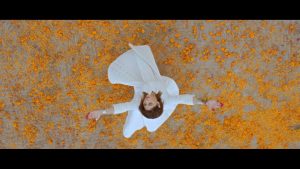 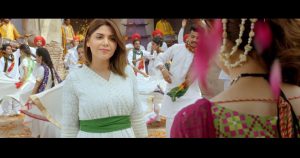