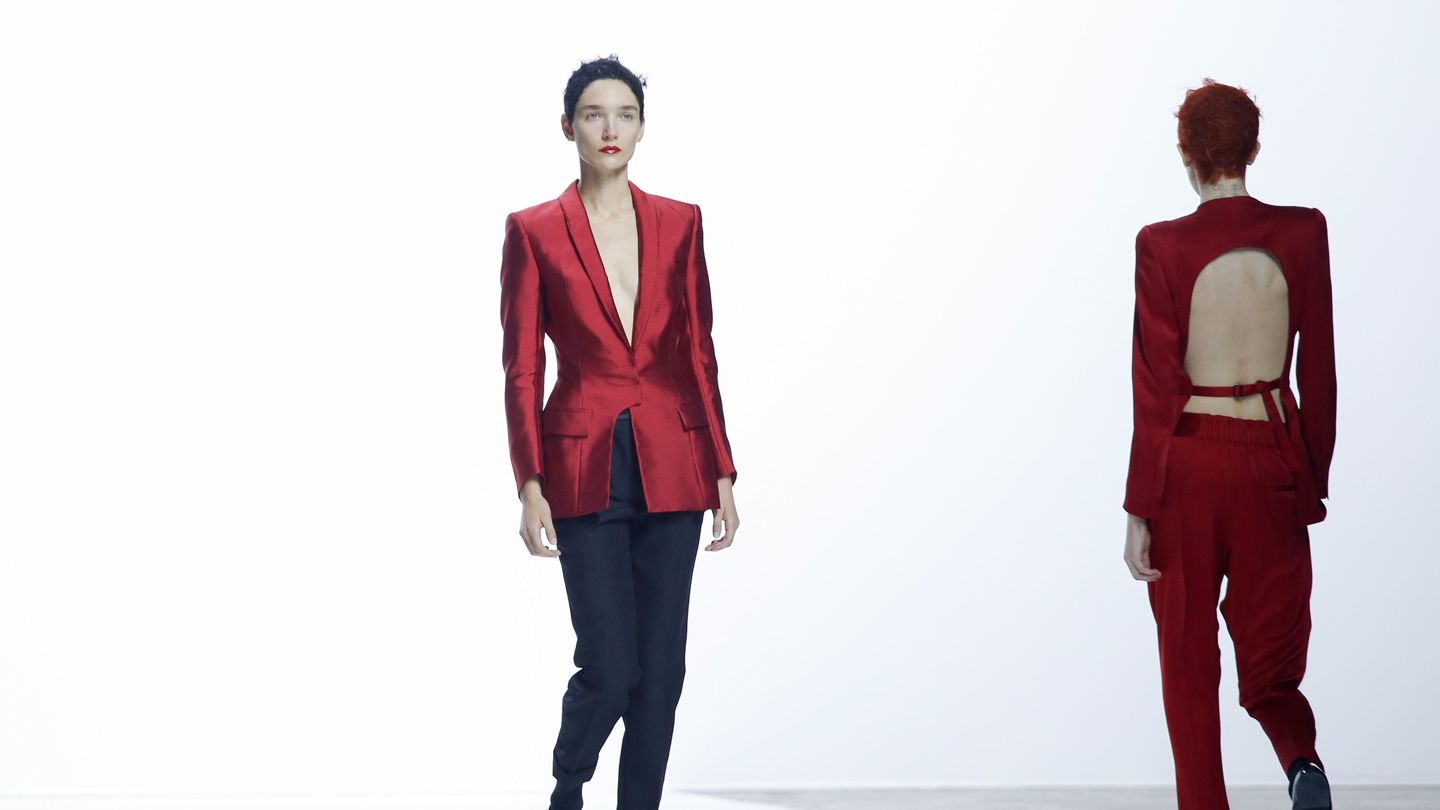 There was no fuss, nothing fancy – just outfits tracing the narrow bodies, shoes flat and narrow, hair shorn close to the head. 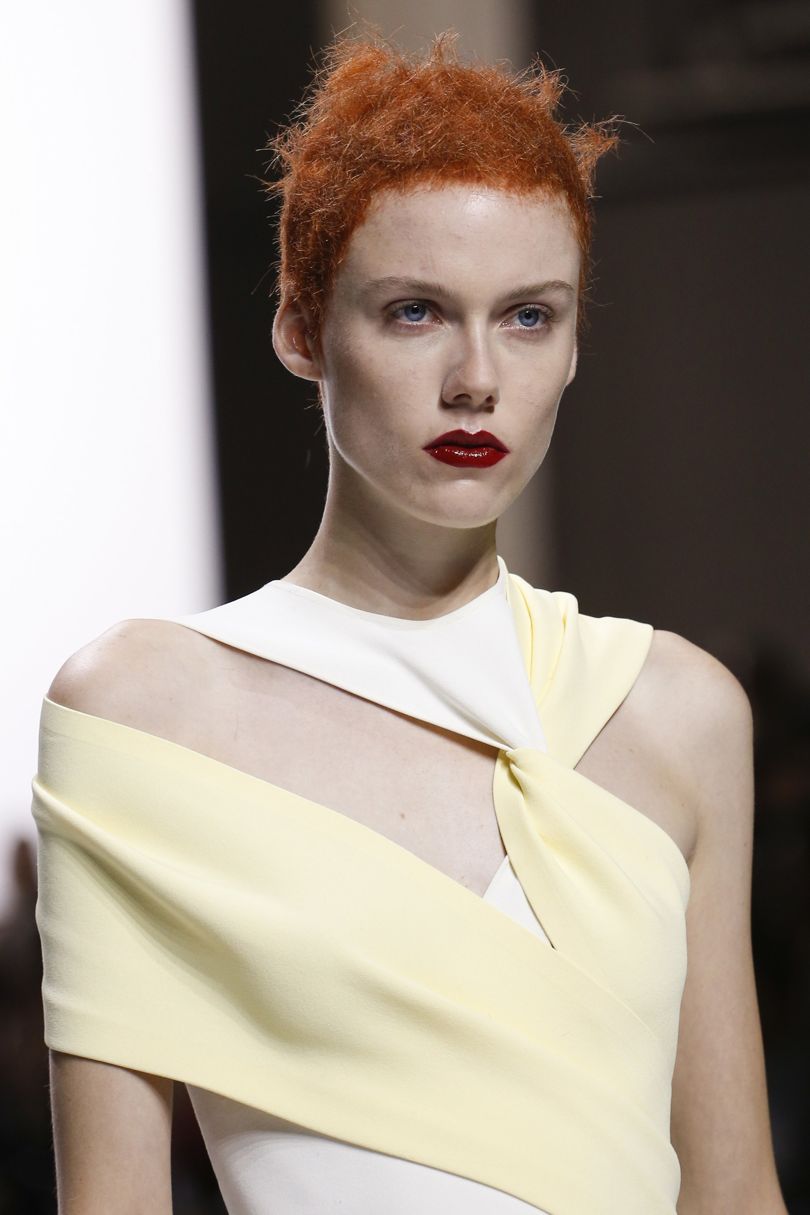 “I wanted the concentration to be on the clothes and beautiful faces – and laser-cut sharpness but with sensuality, trying not to be hard in between,” said Haider Ackermann backstage after a show that kept his sense of subtle colour but had elements of surprise. 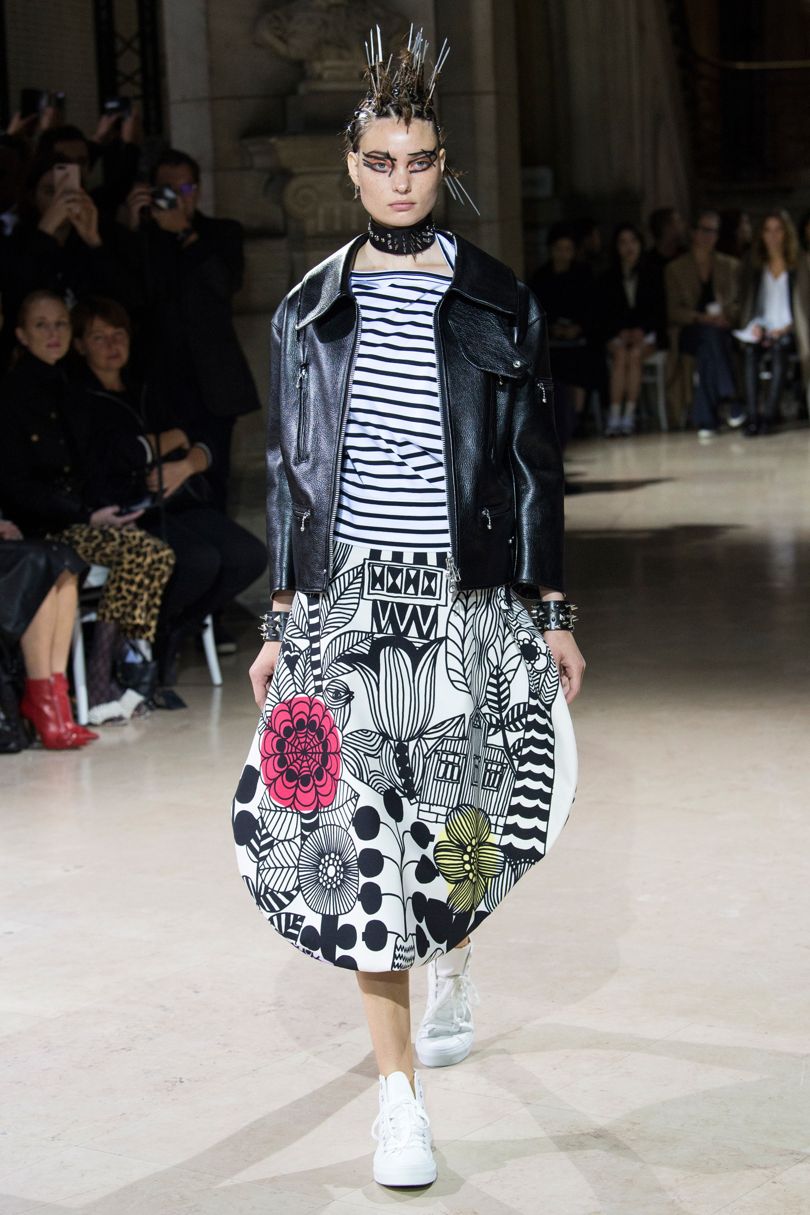 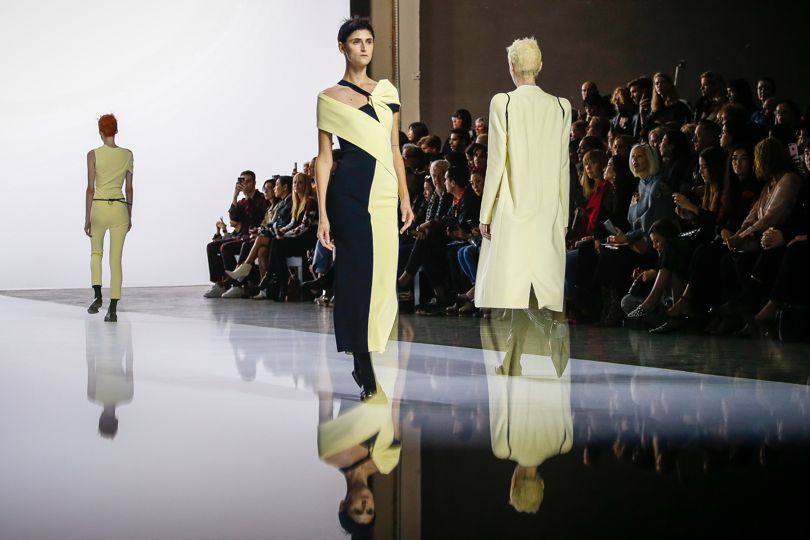 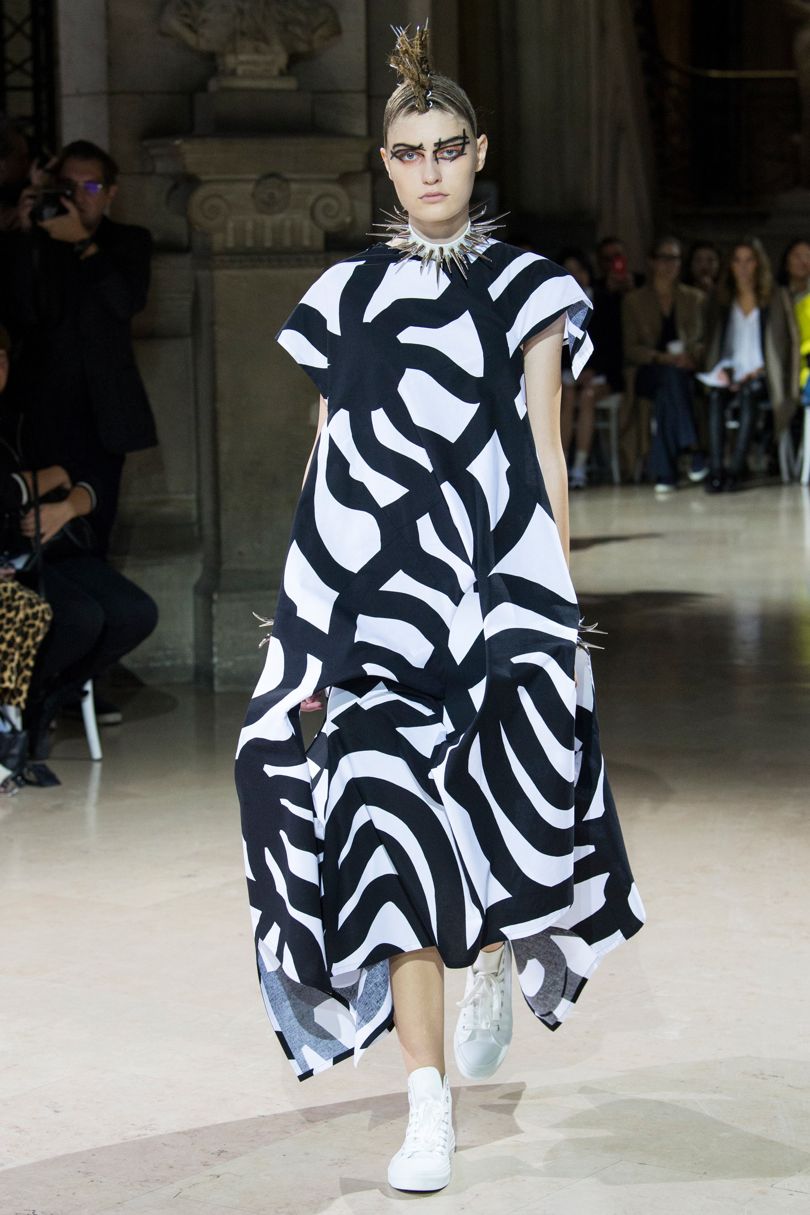 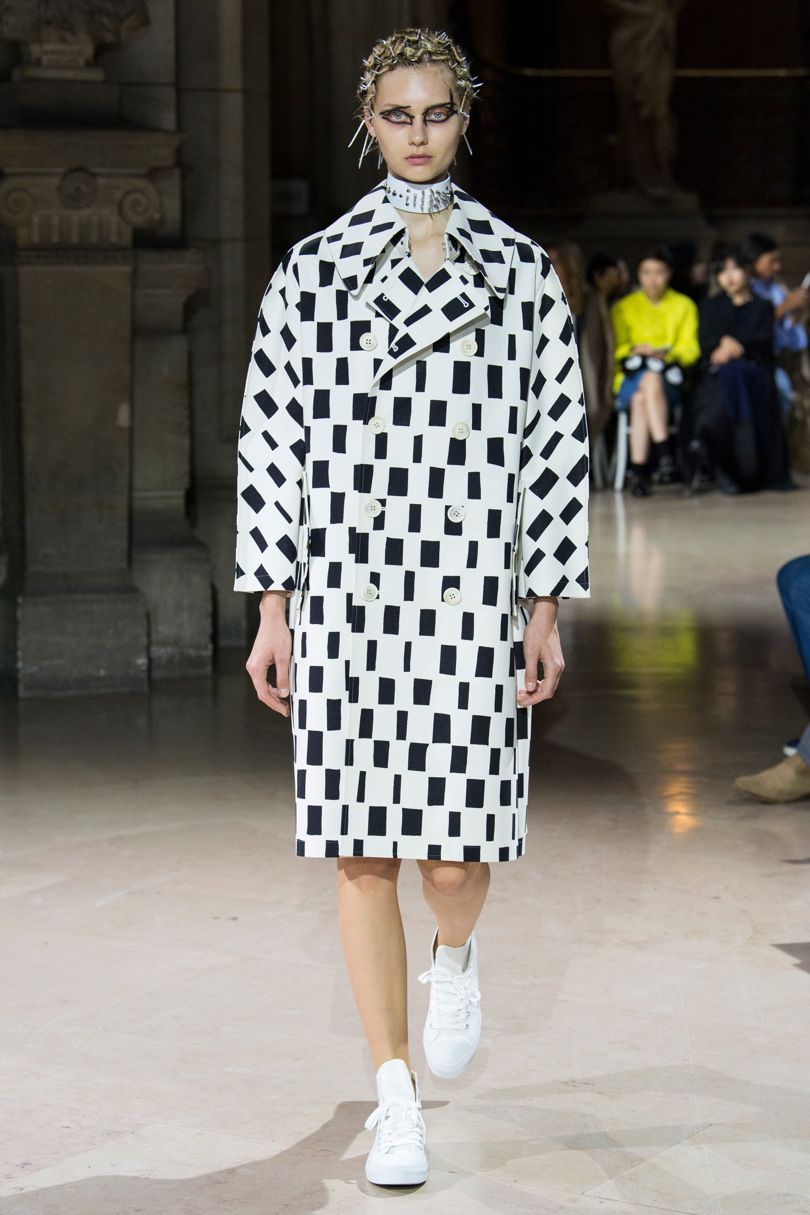 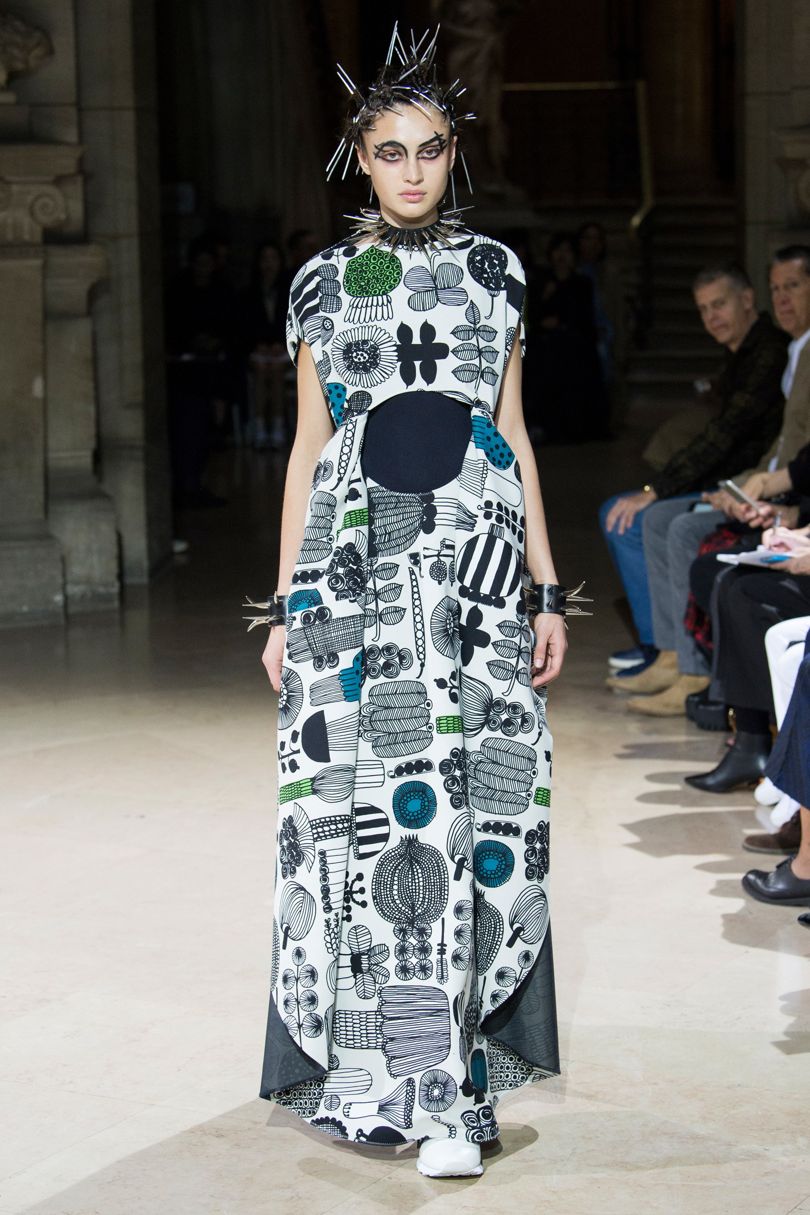 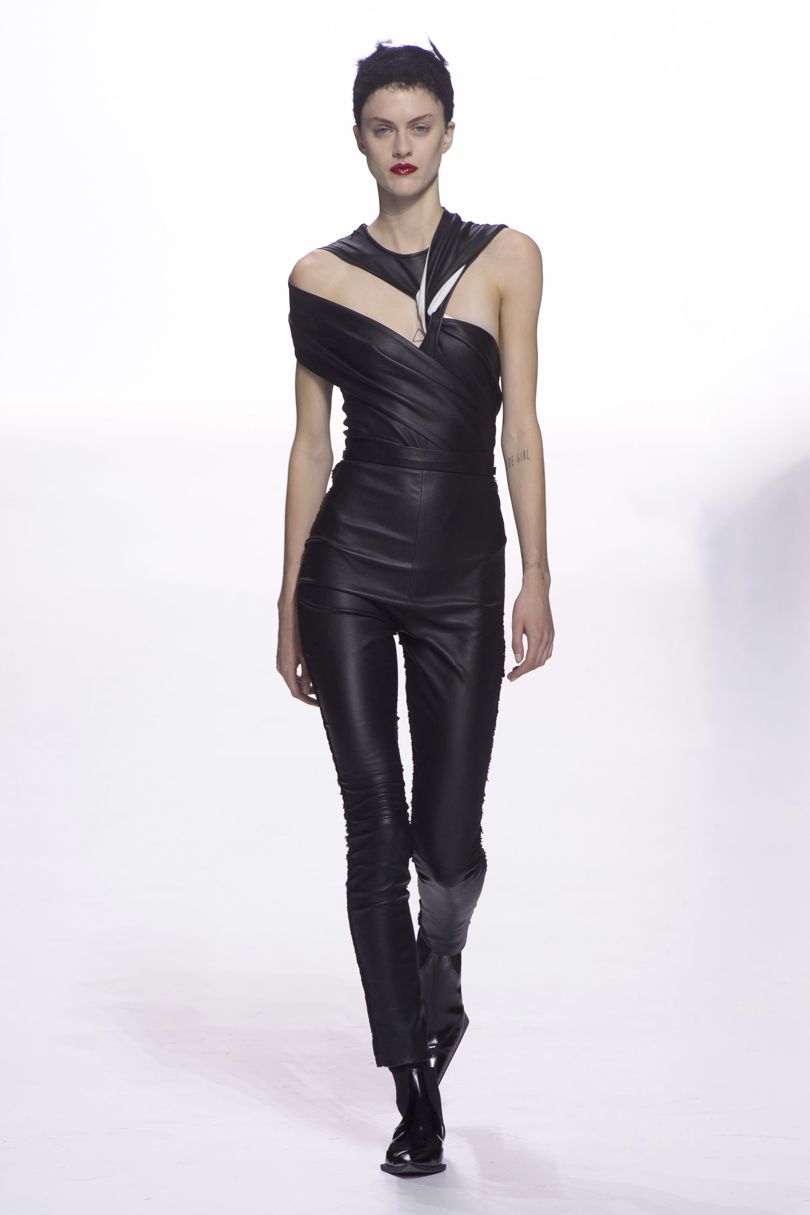 This season, a rich Bordeaux red slithered over the body, appearing subtly with black or white, then fading to cream, pale yellow and a rain-washed sky blue. These shades were for slim, tailored clothes, cut close to the body, but with fabrics that would flow, rather than cling.

The accent was on cut – meaning almost every outfit was slit somewhere – but never in a vulgar way. A narrow strip would be open down the front of a jacket or straight cut at the back. Even more obvious openings were on a top that was twisted and turned but never looked as though they were there for sexual exploitation.

It all gave the collection a sporty fillip, but the line no longer followed the limpid looseness of the designer’s earlier years. It was rather as though fine tailoring had been melted on the body and Haider had played games with visible skin.

At the heart of the show was modern tailoring, literally with a twist in the drapes and shapes of the upper part. With only a couple of slender, long dresses, the designer had opted for a masculine silhouette that embraced the female body.

“Nature – using Marimekko fabric when the motif is nature,” said the Japanese designer, who was referring to the Finish company that brought its fresh, youthful innocence to clothing and especially home wear in the 1950s. 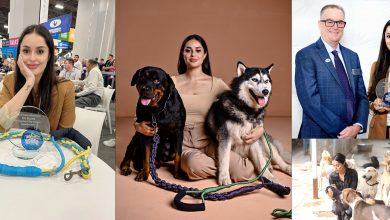