Camila Cabello said that football fans who booed her during Saturday’s UEFA Champions League Final at the Stade de France in Paris were “rude.” The warm-up act for the event, a 25-year-old diva, was unhappy. In a now-deleted tweet, she said how hard her team worked to “put on a good show.”

The 25-year-old singer rushed to Twitter as soon as she got off the field to say that Liverpool and Real Madrid fans were too loud and made it hard to hear her start, which lasted almost six minutes. “I can’t believe people were singing their team’s song so loudly during our performance,” Cabello said.

Page Six says that Cabello added, “Like, my crew and I worked so hard for so long to set the right mood and put on a great show.” “Very harsh, but whatever,” Camila wrote in a follow-up post five minutes later. “I’m happy you liked it!”

Both tweets have since been deleted, but a lot of fans said what they thought about the fight after the Don’t Go Yet singer posted photos Sunday morning that looked like they were taken while she was watching Real Madrid score the game-winning goal. Some people said her performance, which included a mix of popular songs such as “Senorita,” “Havana,” and “Bam Bam,” was still entertaining to watch.

During the amazing show, Camila was helped by a large group of dancers who used traditional Spanish fans and large flags. As pyrotechnics filled the sky, musicians dressed in bright colors played drums as they went around the American-Cuban star. The pop queen was full of confidence as she danced sensuously on stage and sang with all her heart to the camera.

When Johnny Depp couldn't help himself and took pictures of his "Lovely Bride," Heard, Amber 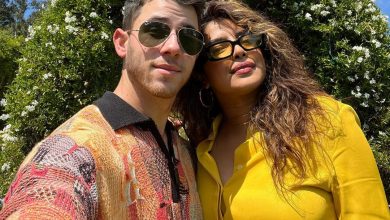 Amber Heard is’ scared ‘Johnny Depp will sue her for defamation. 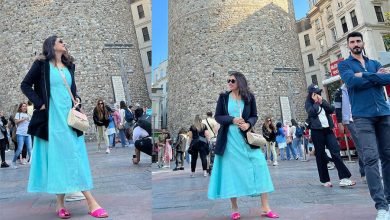